Last month I sat down for a long overdue lunch with jaybushman during which I learned I may have been a little too quiet (STOP LAUGHING) about something cool I did, long ago in the pre-Ice Age of the internet.

Jay and I were catching up and talking about Hashtag Hamlet, the cool new project he’s got going on. I mentioned in passing that back in 2007 I’d spent a couple of months running a crazy thing called Uncharted, which I believe was probably the world’s first Twitter-based soap opera, a tie-in project for Showtime’s The L Word and its web site, OurChart.com.

Uncharted was probably the only thing I’ve done in my life that can truly be classified as “ahead of its time.” It was before Jay made Lizzie Bennet Diaries, before transmedia, or at least before I’d ever heard that term.

I’d had a Twitter account since January 2007 and was quickly very obsessed with how well it could be used for all kinds of storytelling. So along with an awesome tech-savvy colleague I knew from PlanetOut, Beth Callaghan, we dreamed up this online soap opera idea, and somehow in the summer of 2007 I actually got paid real money via Viacom to tell the story 10 girls and 1 guy and all their lesbian drama, as performed on Twitter.

The actual story is largely lost, in part because at some point someone else managed to claim @uncharted, and mostly because I got busy and never properly archived anything. According to the Wayback Machine (and confirmed by a small stash of text files I found on an old hard drive), here’s the first blog post we made about the series, which is mostly about how Twitter works: 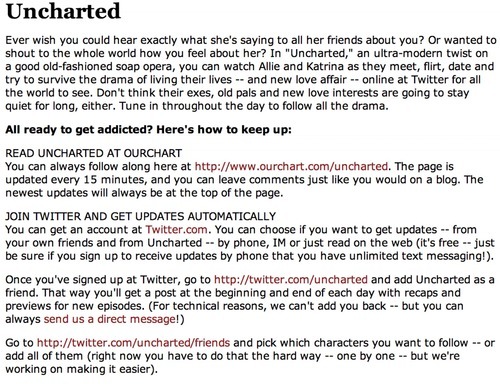 Plot twist: No one cared. 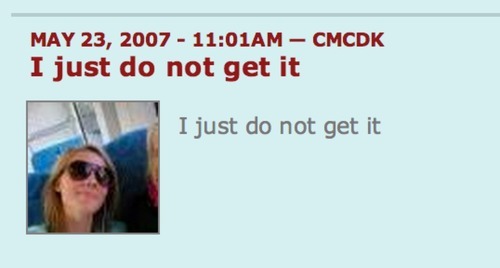 And a pretty typical early response (about as enthusiastic as it got):

The month before we launched, only 50,000 people were signed up on Twitter. So even though we had a major media sponsor and got some great press, there really wasn’t any viral lift to be lifted. People barely knew what to do with their own Twitter accounts, let alone almost a dozen fake ones. After about a month, Showtime understandably pulled the plug, we rolled up the proverbial rug and moved on.

Except it turns out one awesome person I now know totally cared, because Jay flipped his shit when he found out Uncharted was my baby. “THAT WAS YOU?!” he asked, more than once, in what has to be one of the most flattering accidental reveals I’ve ever been a part of.

In honor of Twitter’s 8th anniversary, and as a thanks to Jay for unintentionally paying me such a huge compliment, here’s the leading lady’s first tweet: 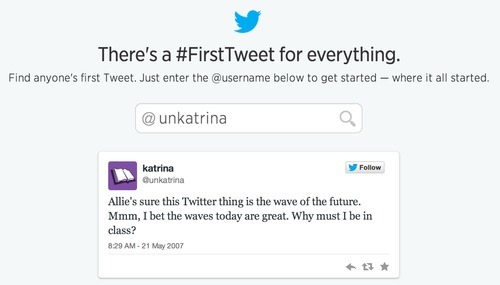 While the main account—which IIRC was largely used to RT everyone and maybe occasionally act as the chorus?—is now gone, I went back and created a list with all the other still-surviving character accounts. I’ll try to throw these into Storify in chronological order when I get a chance, but in the meantime, I assume by now you all know you can start at the end and read up. (Note: I think we created the “direct@“ phrasing in order to expose private interactions.)

Thanks to everyone (and especially to E) who during that one summer when I worked about 12 jobs, including running a dozen Twitter accounts, helped me stay sane and came up with some of these names and character details and never once told me it was a terrible idea to try something so ridiculous.